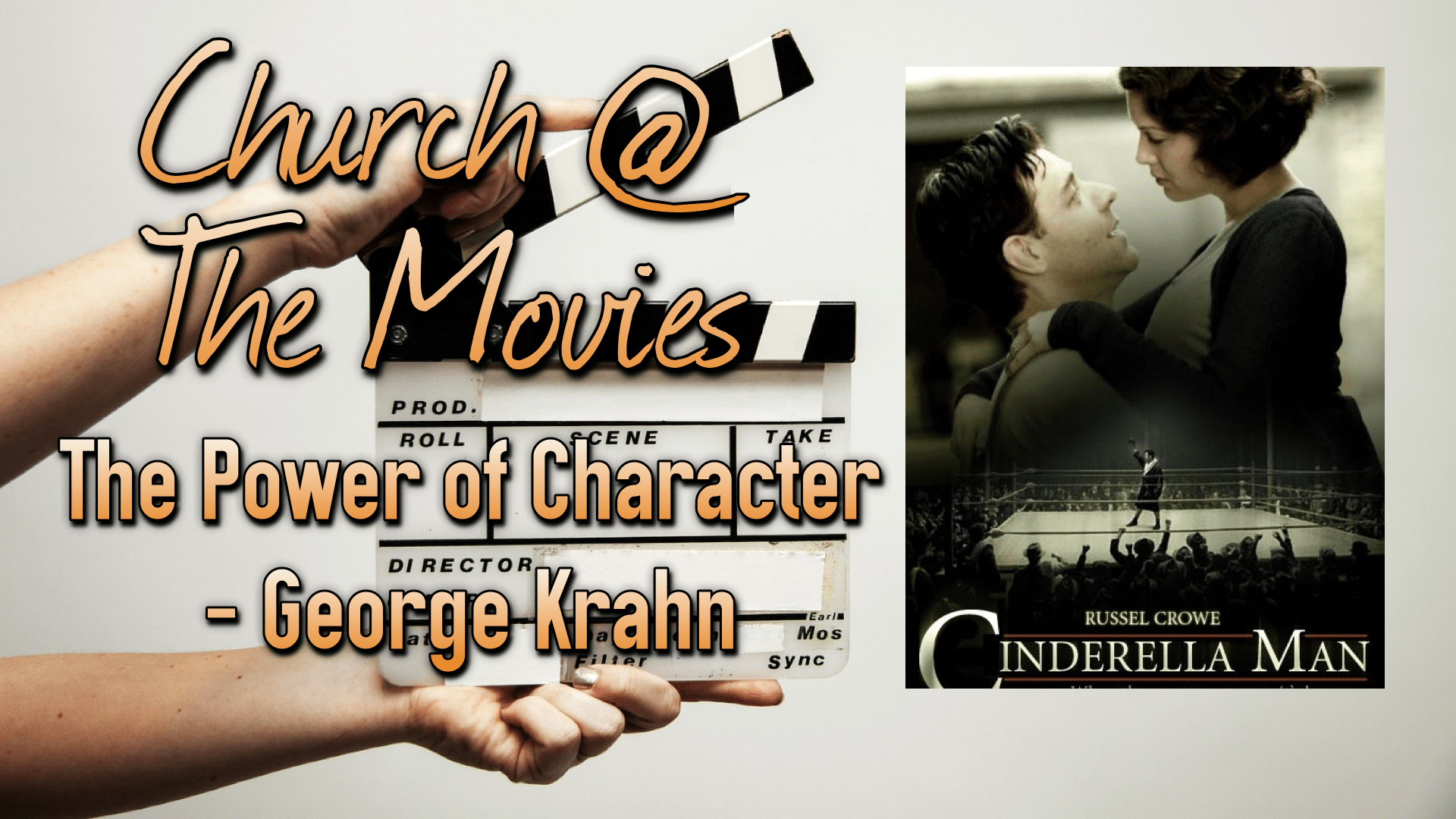 Church @ The Movies – Cinderella Man – The Power of Character

Good Godly character isn’t something you’re born with.  It’s developed. It’s built up. It takes time and life experiences. That’s something Calvin’s father in the Calvin & Hobbes comic strip understands. Calvin complains about shoveling show and asks why they don’t have a snowblower.  His Dad replies “It builds character. Keep at it.” Calvin comments that whenever he builds character his Dad saves a couple of hundred dollars. Calvin doesn’t realize that what he’s gaining in character is more valuable than the money his father is saving.

In Romans 5:3-5 it says “…we rejoice in our sufferings, knowing that suffering produces endurance, and endurance produces character, and character produces hope, and hope does not put us to shame, because God’s love has been poured into our hearts through the Holy Spirit who has been given to us.”

Notice the progression … suffering, endurance, character, and hope.  The New Living Translation puts verse 5 like this: “hope will not lead to disappointment.” Highlight that.  Underline it. Circle it.  That’s a keeper.

As Christians, our character is informed by the fact that we answer to God.  And He requires us to be willing to die to our self, our desires, and agendas.  We’re called to sacrifice ourselves for others, to be servants. Just like Jesus said, “… whoever wants to become great among you must be your servant, and whoever wants to be first must be slave of all.  For even the Son of Man did not come to be served, but to serve, and to give his life as a ransom for many.” (Mark 10:43-45) This is paramount in Christian character. Setting aside our agenda. Serving Christ by serving others.

Christian character also seeks to develop a disciplined life bears the fruit of the Holy Spirit.  “the Holy Spirit produces this kind of fruit in our lives: love, joy, peace, patience, kindness, goodness, faithfulness, gentleness, and self-control. …” (Galatians 5:22-23)  Wouldn’t you love to have all those characteristics present in your life? I know I would. But I don’t. And then I depend on the Holy Spirit to bring it to my attention so that I can repent, ask forgiveness from anyone I’ve hurt and move on.  Continually doing that will contribute to building my Christlike character.

Life can throw us some pretty hard punches.  When it does there’s a temptation to set aside our good character, bend the rules, and take some shortcuts.  Remember, suffering produces endurance … when you suffer through no fault of your own from one of life’s punches  … you endure. You persevere. You don’t give up. You keep pushing through.

The “Cinderella Man”, Jim Braddock, took quite a few blows in life.  He lost a lot of money in the Stock Market Crash of ‘29. He broke his hand in a fight and had his license to box revoked.  The heat and power were turned off for lack of payment. His kids got sick from the cold so his wife sent them away to live with relatives.

What kind of character does it take to get through the kinds of blows that we all face?  The power of character formed in you by constant submission to the Holy Spirit. There are no shortcuts.  You see, your character is the sum of your disposition, thoughts, intentions, desires, and actions. Your character is gauged by your whole life, not just a few isolated events.

Jim Braddock got a second chance to box and that led him to the fight of his life against the Heavyweight champion Max Baer.  June 13th, 1935 he was the 10 to 1 underdog expected to lose. But he persevered again. Fifteen grueling, hard rounds as the punching bag for a man who had killed two others in the ring.  When it was all over he had won in a unanimous Judge’s Decision and became the new World’s Heavyweight Boxing Champion. Did he knock out Max Baer? No. What he did was stay on his feet and in the fight for all 15 rounds.  He fought the good fight. He made it to the end. “… pursue righteousness, godliness, faith, love, endurance, and gentleness. Fight the good fight of the faith. Take hold of the eternal life to which you were called …” (1 Timothy 6:11-12)  In the end, it’s not whether you knocked out your opponent in this life … it’s not whether you were victorious in the way the world sees victory … it’s how you fought and what the Judge’s decision was.  We only have one Judge and that’s God our Father.

Let’s go back to Romans 5 – this time from the New Living Translation: We can rejoice, too, when we run into problems and trials, for we know that they help us develop endurance. And endurance develops strength of character, and character strengthens our confident hope of salvation. And this hope will not lead to disappointment. For we know how dearly God loves us because he has given us the Holy Spirit to fill our hearts with his love.

Everyone has faced, is facing or will face some tough blows in life.  Just remember, God our father is for us, not against us. His desire for us is to develop in us the character of Christ. And as we do, we will display that character to people in the world around us and they will be blessed by us.  Everything we go through in life builds our character and in allowing us to experience tough times it goes to show that our father is always looking out for us.

Other Sermons In This Series

Church @ The Movies – Lord of the Rings – The Power of Destiny

Church @ The Movies – Les Miserables – The Power of Mercy